10 words you need to cut from your resume 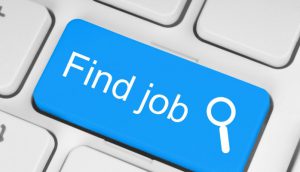 Workopolis has literally millions of resumes in our database and roughly 1,000 new ones are added daily. Analyzing the content of these shows us some distinct patterns of how Canadians are marketing themselves – and how some improvements can be made. Here’s a look at some of the most often-repeated wordings and phrases in resumes that could really stand a creative update.

Don’t say resume in your resume

A scan of the Workopolis resume database turns up thousands of resumes with the title Resume, C.V., or Curriculum Vitae. Employers already know what a resume is, so labeling it as such is a waste of valuable real-estate. This is your headline, the first thing anyone will read on their first impression of you. Make it count. Your resume should be titled the name of the job that you are applying for.

Also, be careful what you name the actual document file of your resume. Yes, your file name matters to employers.

In body of resumes, by far the most overused wordings are “responsible for” and “duties include.” Both of these phrases come from an outdated style of resume writing by template, and they generally introduce a series of tasks cut and pasted from the job description. This leads to creating a very generic-sounding resume – where anyone in that same role would look exactly the same on paper.

Far stronger would be to list specific accomplishments that set you apart on the job with words such as, “Orchestrated,” “Planned and implemented,” “Launched,” “Spearheaded,” “Increased revenues/sales…,” “Decreased costs, time, losses,” etc.

Similarly, many resumes contain sentences describing tasks beginning with ‘helped,’ ‘handled,’ and ‘worked.’ These are too passive and vague to sell a candidate’s achievements in a role. For example, rather than saying you helped with a project, list the ways that you fine-tuned, streamlined, or improved the process. Verbs should describe the results they generated.

Adjectives such as ‘creative’ and ‘excellent’ should be demonstrated by the quality of your work and accomplishments rather than stated outright. Creativity should be conveyed in a resume by the originality of your writing, not by calling yourself creative. ‘Motivated’ is likewise a judgement call for others to make, and further, it has no alternative. It is meaningless to claim to be motivated in a resume, because no candidate would ever describe him or herself as ‘unmotivated.’

Finally, far too many resumes end with the phrase, “references available upon request.” (Or worse, actually listing references in the resume itself.) It can be assumed that a candidate will offer references when asked, so there is no need to say this – or to provide them before they are requested. It would be far better to use the space for more experience, skills and accomplishments – or even just aesthetically-pleasing white space.

So, to summarize, avoid these:

The 10 most over-used words/phrases in resumes:

The first impression that employers most often have of candidates is through their resume. It is critical to stand out from the crowd of generic applications with a document that really sells your skills and accomplishments. This deserves more than a cut and paste of new job details into an old template.